No items found.
Product is not available in this quantity.

It’s Time To Give Noel Burch Some Credit

Who is Noel Burch? He is the guy who, while working with Gordon Training International in the early 1970’s, developed an amazingly practical description of how people learn things. His theory is often referred to as the competency ladder or the four stages of competence, but he called it...

Who is Noel Burch? He is the guy who, while working with Gordon Training International in the early 1970’s, developed an amazingly practical description of how people learn things. His theory is often referred to as the competency ladder or the four stages of competence, but he called it the “Four Stages of Learning Any New Skill.” Unfortunately, Burch’s theory has been frequently attributed to Abraham Maslow, even though the model doesn’t appear in Maslow’s works.

The Four Stages of Learning gives us an exceptional model for learning new skills. It suggests that individuals are initially unaware of how little they know, that they are unconscious of their incompetence. As they recognize their incompetence and they consciously acquire a skill, then they can consciously use it.

Eventually, the skill can be used without it being consciously thought through. It is automatic. The individual has then developed unconscious competence.

Several elements, including helping someone ‘know what they don’t know’ or recognize a blind spot, can be compared to some elements of a Johari Window, although Johari deals specifically with self-awareness, while the four stages of competence deal with learning stages.

When you really understand Burch’s learning stages, it makes it much easier to add to your skill set. At the Exceptional Leaders Lab, we use the Four Stages all the time to coach people through new professional and leadership skills. The stages make an absolutely reliable template for improving yourself in any skill area. They always go in the same sequence, and a person can always tell exactly where they are in that sequence.

The Four Stages of Learning

The individual does not understand or know how to do something and does not necessarily recognize the deficit. They may deny the usefulness of the skill. The individual must recognize their own incompetence, and the value of the new skill, before moving on to the next stage. The length of time an individual spends in this stage depends on the strength of the stimulus to learn.

Though the individual does not understand or know how to do something, he or she does recognize the deficit, as well as the value of a new skill in addressing the deficit. The making of mistakes can be integral to the learning process at this stage.

The individual understands or knows how to do something. However, demonstrating the skill or knowledge requires concentration. It may be broken down into steps, and there is heavy conscious involvement in executing the new skill.

We’re all somewhere in the four levels with everything we do. Here’s a short list of learnable skills, think about where you are in the stages with each:

We are all somewhere in the four stages with everything. It is a powerful concept because being self-aware enough to know which level you are on with a skill allows you to know exactly what you need to do next to get better.

Leveraging the Stages of Learning

There are powerful ways to leverage the four stages if you are a leader. The first is in the area of coaching and teaching. When you are looking for someone to coach or teach something, always look for a person at level three (consciously competent) and not level four (unconsciously competent).

Why? The person at level three is still thinking about how to do something, they still have to focus and they still understand how easy it is to get it wrong. At level four, the skill is automatic and it can be hard for the practitioner to understand why someone can’t do something. Even worse, the level four person sometimes can’t even recall or easily describe how they moved from conscious to unconscious in their performance of a skill.

We’ve seen this play out in a lot of areas. You would think that Larry Bird, Jack Nicholas, Hank Aaron, John McEnroe, Wayne Gretzky and Magic Johnson would have been great coaches, right? Not necessarily. The results almost always tell us that level three learners are the best teachers.

The second area where leaders can leverage the stages is with their own humility and empathy. Here’s how: progressive leaders should strive to be a beginner in some skill at all times. Being the expert all of the time can feed the ego too much, and it probably means you are not stretching yourself enough.

This idea is called Shoshin, or “beginner’s mind” in Zen Buddhism.  Zen Master Shunryu Suzuki, in his great book “Zen Mind, Beginner’s Mind: Informal Talks on Zen Meditation and Practice” said that “in the beginner’s mind there are many possibilities. In the expert’s mind, there are few.” Keeping in touch with your “beginner’s mind” will keep you more agile mentally and that can help in many ways.

I have tried to locate Mr. Burch over the last few months with no success. His report was originally published in the early 1970’s, so hopefully, he’s retired and now learning new retirement skills. There’s no doubt that he has had a meaningful influence on many people. He’s given us a durable vocabulary for describing how people learn things… which is a lasting and important contribution.

Spend some time thinking about areas where you could progress through the stages in a skill that is important to you. The first step will always be identifying where you are, which is easy. Leveraging the stages can make it easier for you to accumulate new skills, which can make you a more effective and happier person. 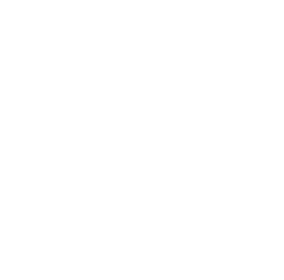